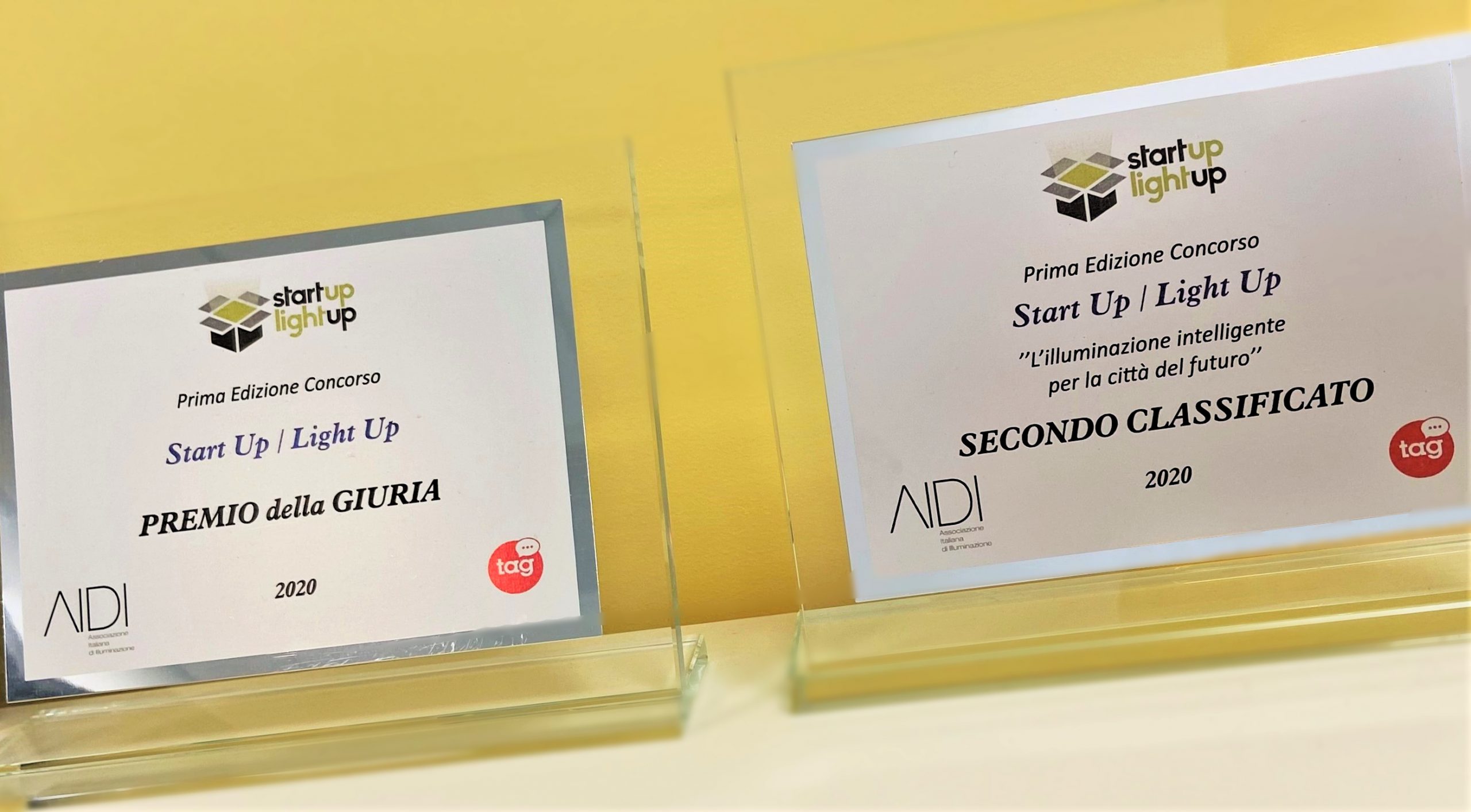 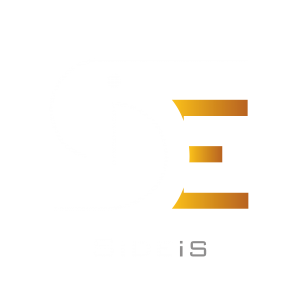 SIDEis wins the Jury Prize at AIDI’s Start Up / Light Up competition, 2020 edition.
It also wins the 2nd prize in the category “Intelligent lighting for the city of the future”.

Lighting companies, innovation and capital venture experts, journalists and incubators, all together, though only virtually, awarded the winners of the “Start Up / Light Up” competition, promoted and organised by AIDI in collaboration with Talent Garden.

The contest was launched last year by the Association, an occasion to bring out the most innovative ideas in the field of smart lighting solutions. The contest was divided into three thematic sections: “Smart lighting for the city of the future”; “Smart lighting for environmental sustainability and enterprise”; “Smart Home, Smart Building”. Big data, artificial intelligence, and Internet of Things (IoT) are the levers for managing traffic, waste, lighting, and the environment in an innovative way.

All the award-winning projects,” explains Gian Paolo Roscio, President of AIDI, are innovative and a good expression of the increasingly important role of light in enhancing the territory and the environment, both domestic and social, and in making them more liveable. Nowadays, in fact, lighting is the protagonist of an unprecedented technological and cultural revolution, and we, as a cultural association, must be able to grasp the changes linked to innovation and to the use of new technologies.”

The winners of the contest are all young, with different backgrounds but with the same desire to experiment, with a keen eye for the environment and an increasingly smarter and greener vision of lighting.

Guapa by Sporgedsign is an avocado-shaped lamp that can become an indoor sprouter, thanks to its hydroponic system. A plant is placed inside, and the lamp, using technological control systems to monitor its state of health, allows it to live and grow. As far as lighting is concerned, Inside the object there is an RGB LED system with a light spectrum between 4,000K and 6,500K, through a practical automated hydroponic cultivation system it drastically reduces water consumption, as well as detecting data relating to the social environment in which it is located. Therefore, Guapa is not only a smart piece of furniture interconnected with loT devices capable of taking care of a plant, but much more. In fact, behind an ordinary avocado, a fruit now widely available on the shelves of our supermarkets, there is a story that calls for reflection. Denise Franzè, architect and designer, creator of the project and co-founder of the start-up Spongedsign, explains the reasons behind the choice. “Avocado cultivation has a devastating environmental impact on South American territories, because of its incredible water consumption (almost 300 litres of water are needed to cultivate 3 avocados). Today, developments in technology allow everyone to make a small contribution, for example by reducing water and energy consumption in an intelligent way. Thus, Guapa is our vision of how the world can improve when knowledge, awareness, sensitivity, and sustainability come together so that everyone can do their part.”

Lighting from renewable sources, both for public and private use, is the challenge posed by the Creon project. Developed by Federico Merz, a graduate in Biotechnology from the University of Trento, the project applies to lighting an innovative technology that produces electricity by means of the metabolism of bacteria living in the soil. Creon has developed a clean, renewable energy production system based on microbiological fuel cell technology (MFC), which can generate electricity using the microorganisms that live in our gardens, vegetable plots, public parks, or flowerbeds on a street. Federico Merz explains that “an MFC is essentially made up of two electrodes, one placed on the surface of the ground and the other underground. The latter has the task of collecting the energy produced by bacteria that, throughout their life cycle, feed on the organic molecules found in the environment. At a biochemical level, these molecules are broken down into increasingly smaller ones, which results in the release of energy in the form of electrons, some of which are dispersed into the environment. It is these very electrons that the MFCs set in motion in a circuit, generating a direct electrical current without producing any waste (gases or pollutants). It is therefore a clean and sustainable method, and the first system to use a biological source to produce electricity.”

For Simone Massinelli, lighting designer and creator of Polytube, the competition was the opportunity to develop his idea of the city of the future. “For some time I had been thinking about the emotional aspects of light and how it could affect people’s well-being whilst also being useful for marketing purposes. So, when I heard about the Start Up / Light Up competition I tried to think outside the box, in order to create something new, never seen before, something that is worthy of participating in what we call the future.” Polytube is a smart lighting system that helps manage the flow of people in the increasingly crowded and chaotic urban environment. Made up of sections of partially flexible light tubes supported by poles, under normal operating conditions it emits a soft light that adapts in terms of light intensity according to the presence or absence of passers-by. In addition to the ordinary basic illumination, a network and a central unit activate different sections of tubes according to a colour system, in order to indicate whether they are to be followed or not (red = to be avoided, yellow/orange = medium congestion, green=alternative route), providing additional overhead displays with route indications or useful information for passers-by.

For Massimo Targetti, founding partner of the start-up company SIDEis, “the roads of the future will probably be networks with self-driving cars, and this means that a lighting system that is functional for this new type of use must be designed. And SIDEis, with our integrated lighting, delineation and communication system, is fully prepared for this challenge” A system that revolutionises the approach to street lighting, moving the light point from the top to the side of the road. Installed at a height of about 1 metre, it is able to illuminate and highlight any type of road with a grazing light projection that is 30 times wider than a normal road photometry. SIDEis is also a smart support, because it can also become a neural communication network for people and vehicles.

The competition was made possible thanks to the economic contribution of important companies in the lighting sector and utilities: A2A Illuminazione Pubblica, Cariboni Group, Enel X and Performance in Lighting as Main Sponsors; Arianna, Citelum, City Green Light, Gewiss, Iren, Neri, Osram and Schréder as Gold Sponsors; Acea, Algorab, iGuzzini, GMR Enlights, Litek, Reverberi Enetec, Signify and Valtellina as Silver Sponsors. These are all companies that believe in young people and in the need to stimulate ideas and creativity, without which there can be no innovation and competitiveness. 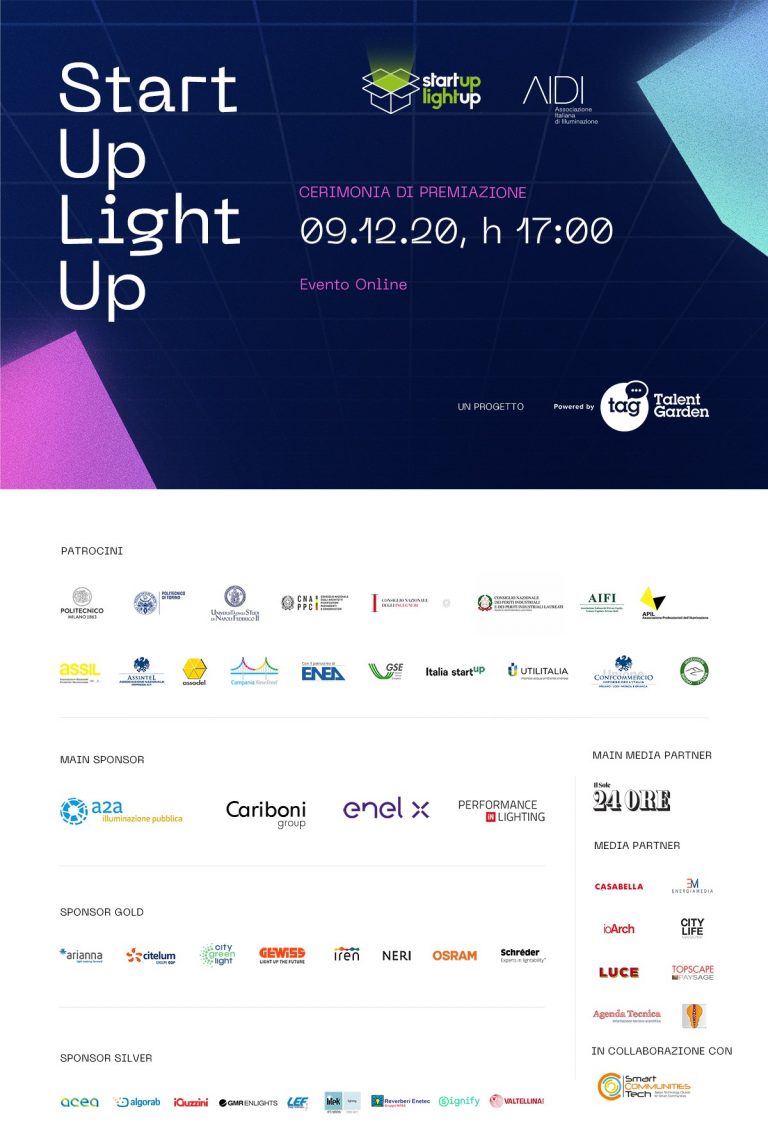